Here's Your Most Comprehensive Poker Playing Guide Yet

Poker is a timeless classic that is the favourite of many gamblers, whether they’re veteran players or even beginners who are just setting foot into this wide, wide world of online casinos. And along with baccarat, blackjack, Sic Bo, craps, roulette, and others, the all-time popular card game is certainly a mainstay in many casinos — in both land-based casinos and in the digital realm of the internet.
Though, unlike the aforementioned baccarat and blackjack, poker is a game that requires a combination of luck, skill, and strategy to succeed in the game.
From its heyday as one of the OG card games, the poker scene has steadily evolved and transformed over the years. Today, plenty of variations of pokers exist in all forms such as Texas Hold’em, Omaha poker, stud poker, and more.
In our article, we’ll focus on just the basics, which is the simplest form of poker playing that you can find in any casino.

What You Need To Play Poker

Here’s a tip for you: Poker is one of the easiest card games to get started. You only need a pack of cards to play. A standard 52-card pack is the de facto choice, but depending on the poker variation, the joker card could also be played.
Like any other standard card pack, the cards in poker are ranked (in value) from high to low as follows:
Ace (A), King (K), Queen (Q), Jack (J), 10, 9, 8, 7, 6, 5, 4, 3, 2, Ace (A)
You’ll also notice that the ace cards appear twice in this ranking as it is a card that can be considered either a high- or low-value card. Though, most players would typically utilise the ace as a high-ranking card. Along with that, do expect the usual four-card suits in the game such as spades, hearts, diamonds, and clubs. The card suits are all equal in ranking in poker.
Other variations of the game could include wild cards that can be utilised to substitute any suit and rank. And the joker could also be sometimes used as a wild card. It all depends on the specific poker variation that you are playing.

The Value Is In The Hand

Before you even begin to try and play a round of poker, it is vital for you to understand the various combinations of cards that make up a poker hand. Each hand is valued differently and will determine whether or not you succeed in the game.
First, a basic poker hand must contain five cards where the highest valued hand wins that particular round. The combinations of poker hands ranked from highest to lowest are as follows:
Additionally, if the joker/wilds are in play in the variation of poker that you’re playing, you may have the potential to get one of the rarest hands in all of poker — a five-of-a-kind. This combination consists of four cards that are equal in rank plus a wild (joker) card. Alternatively and as an example, two aces and three wild cards are also considered a five-of-a-kind hand.

Once you’ve gotten to know each of the hands in poker, it’s time to play! Generally, there are two types of basic poker — stud and draw poker. A round of poker begins after all the cards have been dealt to the players. And starting from the left of the dealer, the player has four actions that they may decide to do:
The round ends once there is only one player with the strongest hand remaining and the next round can then begin. This is the basis of poker games and most other variations of poker will still follow a similar hierarchy of hands where the stronger hand will always win over the lesser hands.
Once you’re done getting up to speed on the rules of playing poker, it’s time to put your theory to the test! One of the best ways to learn is by playing and if you sign up with Play88 today, you’ll stand to gain a generous welcome bonus of up to MYR 2,000 for simply playing! If you’re interested in registering for a new account, you can sign up here. 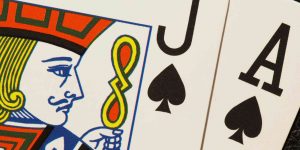 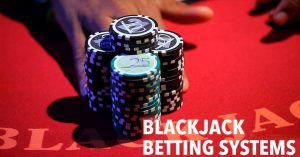